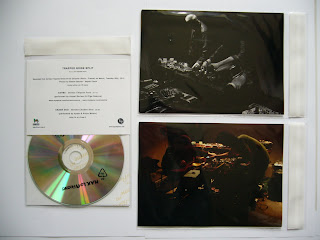 Recorded live during Trapped Noise #3 at Chiquito on March 30th, 2010 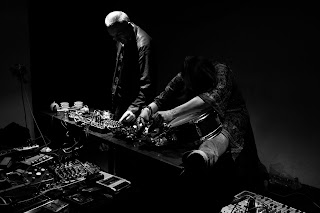 Making music on the fringe since the underground movement ignited in Russia in the beginning 80s, Alexei Borisov has developed an impressively diverse body of work as a member of NIGHT PROSPEKT, F.R.U.I.T.S. and VOLGA, among many other projects.

The duo with Olga Nosova (drummer mostly known for her work with avantgardish noise-punk band Motherfathers) is one of the latest project of electronics veteran Alexei Borisov, and noticeably very fast-developing - their mind-boggling and abstract (though surprisingly groovy) music is already highly acclaimed among the music lovers not only in Russia, but around the world!

The duo embrace elements of weird free-form spoken word psychedelia, live electronics, noise, heavy acid, electroacoustic, dub and far too many different types of acoustic torture to even bother mentioning all of them ! 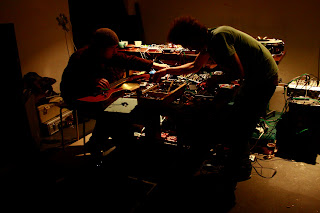 The origin and the nature of their powerful electro-magnetic radiations are not still well known.  The first visible radio sources of these sound materials, collide in a universe abandoned in the intuition. Every sound is deliberate accident. The abnormality resounds by slidings in the meanders of the Cosmos.   Ayato and Anton Mobin arise from the collective H.A.K.  Created in 2001, H.A.K. is a variable-geometry collective which combines more of 80 artists in the World.

H.A.K. LO-FI RECORD is a label of independent music, as well as a group of sound researches wondering on the various manners to practise Sound today.